Smarties do Not have the answer

This week is flying by and half term will be here before we know it.  It's bloody hard to keep 4 kids occupied for 2 weeks without a) resorting to too much screen time or spending lots of money so I'm trying to put together some sort of itinerary so that we get out and about as much as possibe.

Today has been rubbish as I woke up in agony and so haven't been able to leave the house. The kids had an Easter egg hunt after school which Dale had to navigate as  I was unable to.  He then promised them that they could have some after dinner 🙈🙈🙈 cue Kasper bouncing off the walls like a crazy person at bedtime because of the smarties he ate from inside his egg. (Smarties are banned in this house because of this reason)
We had to get Oscar ready to go to Karate, Kasper ready for bed while he's losing the plot and running in circles, Scarlett doing gymnastics on the furniture and noone listening to me while Dale was upstairs bathing Marley because he seemed to use the chocolate as a mud bath and covered himself top to toe.
While I'm downstairs doing my best invisible woman impression who the kids ignore on the regular, I hear a blood curdling scream from Marley upstairs. He's slipped and hit the side of his eye in the bath and now has a big swollen welt (is that how you spell it?).  It was complete carnage.  By the time they'd all gone to bed and Karate for Oscar, Dale was stressed and I cried because I felt responsible for his stress because I'd had a bad pain day and therefore couldn't physically do much.  It's safe to say that Easter eggs before bed are a no from now on, and smarties can do one! 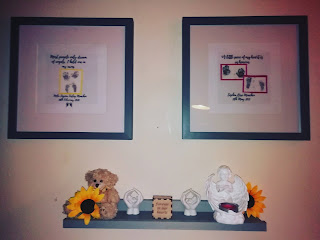